Professor Pski won the Edith C. Alexander Award for Distinguished Teaching from McMicken College of Arts and Sciences at the University of Cincinnati.

She has been awarded research fellowships from

Professor Pski is a member of Phi Beta Kappa.

​Professor Pski spoke on the Dress Doctors...
... at the German Historical Institute in 2019,
... at the Society for the History of Technology in 2018,

Professor Pski published an article on how home economists taught American women how to dress in Remaking Home Economics (University of Georgia Press, 2015).

She spoke on The Knockoff Economy at the seminar held by Law + Market Behavior at the Law School at the University of Notre Dame in 2013.

She delivered the keynote address, "Thinking Green, Saving Green," at the annual conferences of the Association of Sewing and Design Professionals in 2011.

She served as a judge for the Garment Challenge sponsored by Threads magazine in 2009 and 2011.

... at the State of the Art Conference on home economics, University of Georgia 2012;

From 2011-2016, she served on the Board of Directors for the Masters Sewing and Design Professional Certification, a program which offers extensive testing and certification for master dressmakers and alteration specialists in order to assure clients of their extraordinary level of skill. For more on MSDP, click here. 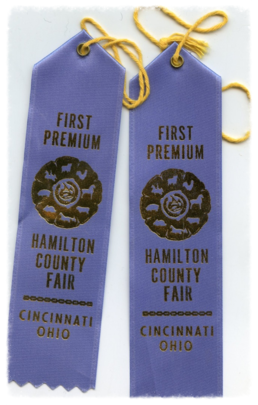 County fairs have judged sewing for decades. Professor Pski decided to enter the Hamilton County Fair when she was living in Cincinnati in 2001. She entered a silk, polka-dot dress and a wool suit and won these blue ribbons.